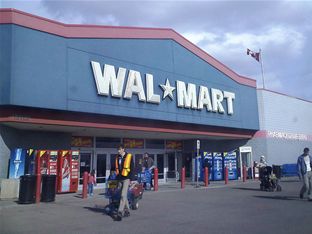 Publically quoted companies in the US have experienced a tightening of financial accounting regulations since the introduction of the Sarbanes-Oxley (SOX) Act 2002.

The bill was enacted to secure against another financial scandal along the lines of Enron and WorldCom.

Corporate governance has now improved thanks to the SOX provisions with early warning signs now firmly in place, according to Lyle Smith, Director SOX Compliance, Walmart. Smith is a speaker at the marcus evans 20th Edition SOX Compliance & Evolution to GRC Conference taking place in November.

With its focus on transparency, the SOX Act neither lessened the severity of the global financial crisis nor did the meltdown point to the failure of the SOX Act, Smith believes.

“It did uncover a gross misunderstanding of what the SOX Act and what SOX compliance does for a company. I think that folks were potentially either explicitly or inherently relying too much on SOX compliance and the assurance that should give an investor. It provided an opportunity to better understand stocks - what level of assurance it provides, what level of assurance it doesn’t provide. It potentially uncovered or identified some gaps in regulation.”

Smith says SOX compliance has somewhat restored investor confidence in corporate governance systems. “It has provided increased visibility into controls over financial reporting for everyone including management within organisations not necessarily just the investor community. It definitely has provided early warning signs for companies that are considering going public. This hasn’t been a big deal in the US in the last couple of years as the environment has been so poor for companies considering a public offering.”

With a company of over $400 billion sales, the burden of SOX compliance is great for Walmart with over 100 IT applications that need to comply.

“That presents challenges because SOX compliance isn’t necessarily the highest return on your investment to make it more efficient. In other areas, some of our challenges and difficulties are directly attributable to our size, being the largest company in the world. Walmart is growing so quickly outside the US that we need to stay very close to the international business to understand how it is impacting our SOX compliance. With various countries and business units becoming large enough that we have to start including them within the scope of our SOX compliance activities.”