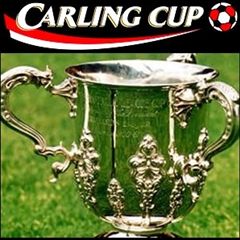 Ipswich Town have booked their place in the last 16 of the Carling Cup following their 2-1 win over Millwall.

Manager Roy Keane said his side were well worth their place in the final 16. “I think we deserved it, especially after the first half.

“The attitude of the players was spot on, so there are lots of positives and we’re delighted to be through. Hopefully we can get a home draw now in the next round,” Keane told the ITFC website.

The win came after first half goals from Tamas Priskin and Gareth McAuley. Roy Keane made eight changes to the side that beat Cardiff last weekend. Mark Kennedy wore the skipper’s band and displayed his experience to good effect.

The draw for the final 16 will take place this Saturday (25 September) with Ipswich Town hoping to end a run of eight successive away ties in cup competition.