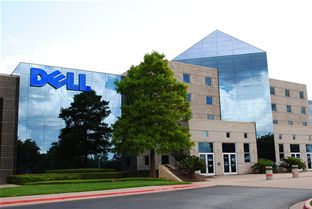 After a turbulent few years for business everywhere, attracting new clients and customers is the Holy Grail of business with social media being hailed as a key component in stimulating future growth.

Dell’s heritage of direct customer connections and online leadership are the seeds of its drive to be a social media success, explains Kerry Bridge, head of digital media communications at Dell.

According to Bridge, the company has the most successful e-commerce site in the world with real sales being made via Twitter.

Companies may well start looking to Dell for inspiration when it comes to adapting to and accessing these now ubiquitous social media channels.

In February 2006, the company’s founder Michael Dell relayed his vision to “reach out” more to customers, as online conversations between customers were becoming more and more commonplace.

In July 2006, Dell extended its two way interaction with customers through its Direct2Dell initiative where content influenced by online conversations has helped to build Dell’s credibility. It was translated into a number of languages including Norwegian, Japanese and Chinese.

“That’s roughly a fan base the size of the population of Chicago. And at this stage is only a small part of the overall two billion contacts we have with customers worldwide every year via phone, e-mail, etc.,” according to Bridge.

With Twitter mooted to become mainstream within five years, Dell is auspiciously placed to reap the benefits of its early adoption to this growing trend. A consistent trend is that emerging markets are far more socially driven with Brazil placed as the most social network-driven / active market in the world, according to Bridge.

“By listening to your customers you can define any need you are missing,” she adds.

Kerry Bridge, head of digital media communications at Dell, was a speaker at the marcus evans PR and Media Effectiveness Conference held in Barcelona on 7 and 8 October.