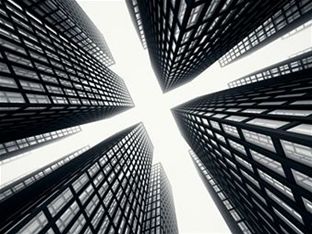 The problem stemmed from profit and revenue being at the centre of the financial industry as opposed to the customer, says Jonathan Woodier, director, corporate affairs, EMEA at Citi.

“I don’t think banks were completely at fault for what happened. It takes two to tango but clearly banks overlent; they got carried away by the financial bubble. Clearly we, in the desire to make extra profits, not just for us but for our clients, created derivatives that were systemically dangerous and I don’t think that practice is stopping. I think banks will always try to be clever about how they make money.”

Citi was ranked bottom of the pile coming in 27th out of 27 institutions surveyed in a recent piece of JD Power research on customer perception in the US, according to Woodier. Only the tobacco industry is more unpopular than the finance sector, he adds, referring to the Harris Interactive Annual Reputation Report.

“Over the next three years with 30 per cent of public spending being cut, politicians in the UK are certainly not going to take responsibility for that. The banks will be blamed for it. The attitudes both through the media and through comments from the politicians are going to be very anti-banks and that then puts pressure on regulators. There are already new regulations in the US around financial services directly related to the crisis. The whole environment we are going to be working in I think will deteriorate from a reputational point of view than improve. ”

As Citi approaches its 200-year anniversary in 2012, Woodier says the milestone presents an opportunity to overhaul the image of the institution, following its multi-billion dollar bailout by the US government in 2008. Woodier will be managing the development and execution of a transformational program to restore trust and confidence in Citi, using the anniversary as a galvanizing event.

“Citi has to change. It’s change that is being demanded by most of our stakeholders. There is a plan but there are some challenges as to how we will meet the credibility around them. If we cannot put trust at the heart of our business again it will go to companies that do.”

Jonathan Woodier, director, corporate affairs, EMEA at Citi was a speaker at the marcus evans PR and Media Effectiveness conference in Barcelona held on 7 and 8 October.