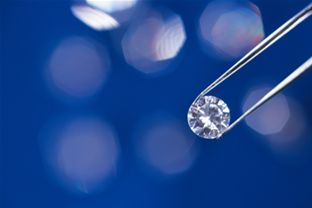 US and Europe luxury goods markets suffering in downturn

Strong demand from emerging markets in Asia and China, driven by the growing middle classes in these nations, has helped the luxury goods industry to weather the global crisis better than most.

However, unlike emerging markets like Russia, the Far East and the Middle East, the US and Europe has seen a sea change in consumer spending habits when it comes to conspicuous consumption.

According to Chaunu, how the global recession has affected the luxury goods sector really depends on the particular market.

“So far in 2010 the recovery has been slow. If there is a good perception of value for money, if the ratio is there, the product is fine. Watches more than $15,000 are still selling. Watches less than $2,000 are still selling but the ones at $5,000-6,000 have been hurt the most. It’s the same in jewellery. In clothes you see brands like H&M and Zara really doing well and other brands with more middle market clothing has not been performing as well in department stores.”

Since the downturn customers are now “less ostentatious,” according to Chaunu.

“The very wealthy, probably more so in the United States, tend to shy away from ostentatious consumption. They are now more discreet and more private. They don’t want to flaunt it publically like they used to.

“Other emerging markets that are in different stages of development are not concerned by social codes. The social codes are very different to the country. Luxury good products are a badge of status, honour and achievement. But in the United States especially we have seen a definite trend for the wealthy not to be too conspicuous.  When you have so many distressing economic figures, you don’t have the taste to acquire various ostentatious products just to show it around.”

Luxury brands exposure in emerging markets has been shown to be the key factor limiting adverse trends in more mature markets, says Chaunu.

“Statistics have shown that many luxury brands have been able to maintain their activity because of the emerging markets such as the Far East, Russia, Brazil otherwise they would have really been in dire straits. Some companies have been really able to maintain their good solid economic results because of those emerging markets. In general I think, especially in China, a new taste for luxury brands is emerging and will be a boon for all those companies.”