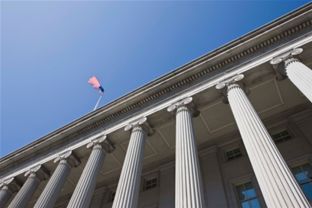 Paving the way for Dodd-Frank and Basel III

Anticipation is mounting as the global banking industry awaits the implementation of new game changing financial regulations. Although the effects of these changes brought about by the Dodd-Frank Act and Basel III will occur over several years, banks must start modifying their risk management and capital allocations now in order to ensure stability and facilitate compliance in the long term.

Michael Carhill, Director of the Enterprise Risk Analysis Division (ERAD) of the Office of the Comptroller of the Currency, US Treasury Dept will be a speaker at the marcus evans 5th Annual Capital Allocation and Stress Testing Conference taking place in New York, January 31- February 1, 2011.

The banking sector can play an integral part in helping to jumpstart the US economy, Carhill believes. “As always, banks play a crucial role in the economy by connecting savers with investors and must do so safely and soundly and with adequate capitalisation to ensure the banks viability as a going concern. That’s a constant is our view.”

Looking at how helpful and accurate stress testing is, Carhill homes in on ‘scenario analysis’ stress testing as a means for banks to manage their regulatory capital position. He says that in many areas of banking risk, for instance in banking book interest rate risk, scenario analysis has been used for many years.

“It’s a primary tool by which banks manage their interest rate risk. In other areas, in particular portfolio credit risk, it’s relatively new. We believe it’s certainly really helpful for banks to analyze the stress test but the question of how accurate the models can be has yet to be determined as they are relatively new. Banks have been doing stress testing for credit portfolio since about 2005. At this point there are only one or two banks that have even finished their models.

“It remains an open question how accurate the credit portfolio stress test are. When you talk about a stress test using banking book interest rate risk a common stress test is to impose a parallel, instantaneous shock to interest rates, which depending on how close you are to the line of business for the investment portfolio manager that shock might be ten basis points or for executive management that shock might be 100 basis points.

“Those shocks never actually materialize in exactly the way the model assumes. For something like investments securities the models are accurate, we’ve had a situation where we’re close enough to see the assumed shock the models predict very well. But in credit when you’re talking about something like say unemployment increasing three per cent over the next year, it is hard to get chances to test those models. Unemployment just increased three per cent two years in a row and we know what the credit losses were then and that’s being used to build the models. But whether they will predict well the next time unemployment goes up three per cent remains to be seen. But at any rate it at least gives you a ball park estimate and that’s new and we think that will be very useful information for executive management.”