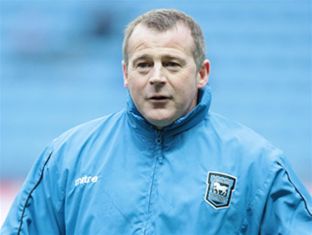 Ian "Charlie" McParland has taken charge of on a caretaker basis ahead of Sunday’s FA Cup Third Round against .

This follows the departure of manager Roy Keane. Parland has been at for over a year as part of the club’s coaching staff after starting last season in charge of Notts County, where he worked alongside Sven Goran Ericsson for a period.

“Having reviewed the situation, Charlie has got management experience and he can draw on that experience at this time. He will be in charge for the game at and until we appoint a new manager,” chief executive Simon Clegg told the club’s website.

Clegg has put no time limit on appointing a new manager but says,“We have a number of options but I don’t expect a new man to be in place for the game. We know what type of manager we are looking for but the brief will be to take back into the Premier League.”