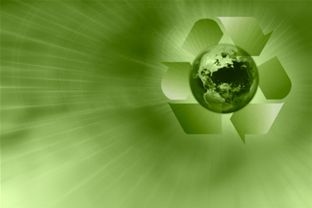 The UK Government’s £30bn package of spending cuts and tax rises aimed at slashing the budget deficit is hitting local governments hard with funding for sustainability projects drying up.

According to Cllr Stuart Drummond, Lord Mayor of Hartepool Borough Council, who was ranked among the top 10 mayors in the world in 2010, moves towards sustainability on a local level must be persevered with, despite budget setbacks.

Urban sustainability is a difficult agenda to advance but Cllr Drummond believes it is extremely important to at least make the effort.

“The global recession and local government cuts that we’re facing at the moment have made it difficult. But we need to be ambitious and almost visionary in where we want to be and bring businesses and the public along with us. It’s important to highlight how their practices are going to have an impact on areas in years to come. If the public look at things such as climate change and sustainability, by taking measures to be more conscious, it actually saves them money.”

A number of programmes have been initiated locally to insulate homes, bring people out of fuel poverty and encourage conservation of electricity and water, explains Cllr Drummond.

“We’re looking to create an eco industrial area for waste management and recycling. We’re looking to get a charter in place that companies can sign up to and really do their bit for carbon reduction.”

Across the UK, more can be done towards sustainability but a lack of support from national government level is thwarting the effort, Cllr Drummond claims.

He says the Tori-Lib Dem coalition has not been pushing the green agenda as much as its predecessors.

“At the moment they are concerned with saving money and are taking very short term views. With climate change and sustainability it’s investment in the short term for long term savings.

“We’ve spent years educating the public about recycling and then you get a new government saying it’s a waste of time. Nationally more can be done. A more co-ordinated plan is needed so local authorities and organisations can understand and know exactly what our roles and responsibilities are. It’s pretty much disjoined at the moment.”

Cllr Drummond says it will be very hard to recover from the government cuts with the knock-on effects felt as services are withdrawn from localities. “This is the tip of the iceberg and next year is going to be a lot worse,” he predicts.