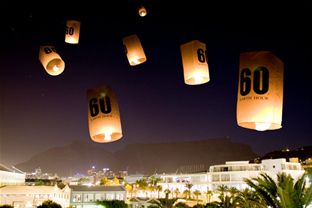 The idea started in just one city in 2007 and has now spread to 4,600 cities around the world. Earth Hour has succeeded in becoming a global sustainability movement uniting communities and businesses alike.

This year it is hoped the Earth Hour will be extended beyond the hour making an even more profound impact on energy conservation and the reduction of greenhouse emissions.

Earth Hour co-founder and speaker at the marcus evans Social Media Marketing – The Way Forward Conference held in Sydney on 28 February to 1 March Andy Ridley said: “Earth Hour has grown exponentially year on year since its inception in 2007. We have been overwhelmed by the power of individuals and communities to come together and send a powerful message by switching off the lights. Just imagine what we could achieve if we take this beyond the hour.”

A lot needs to be done on climate change, Ridley adds. “It is a long journey and we are going in the right direction but we are not doing nearly enough across the planet as we should be doing. Emissions are not being cut as much as they need to be. There’s a lot of hope that Copenhagen and Cop 15, set up to deliver a new binding global climate agreement and action needs to be taken, will help progress."

Depending on governments to lead on climate change is not the way to go, he believes. “If we do that then we are not going to get the result we need. It is going to require every part of society to engage in order to cut emissions and start dealing with this very stark and severe problem.”

The EU is relatively proactive when considered in a global context, according to Ridley. “The EU has gone further than most on this. The global economic crisis has probably set that back. But the faster we move the less effort it is going to require. The slower we go the bigger the problem we are creating for ourselves.”

It’s hard to say if climate change is dropping off the agenda for governments due to the urgency of the economic situation, he adds. “My initial response would be yes but then you look at companies and they are driving efficiency. They are working to lower their carbon footprint at a corporate level by reduced travel or looking to run their buildings or production facilities more efficiently. The reality is the cost is going to be much greater in the long run if people don’t start to make changes now. The big companies know this and see the competitive advantage in doing more.”