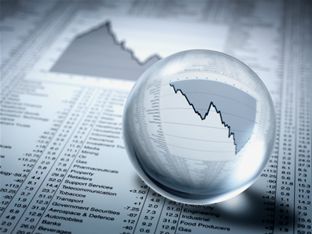 As the world economy rebounds retaining the cost structures that were established during the downturn is key to future growth.

That’s according to Magnus Carlander, Volvo Group CIO, President and CEO of Volvo IT. Carlander will be a speaker at the marcus evans European CIO Summit 2011 taking place in Cannes on 11-13 April.

Volvo has experienced the worst ever recession but is rapidly recovering, Carlander states. “The huge challenge now is to meet the increasing demands while still protecting the good behaviour and cost structures established during the recession. In one way it can be easier when operating in a recessionary environment as there is just one thing to focus on – how to get out. However, as Volvo works to meet the increased demand it is experiencing, a strong focus must be placed on keeping costs under control. That is a tricky balance. It is a difficult management role to both decrease costs and increase growth simultaneously.”

Carlander adds that as businesses have seen a dramatic upswing, this puts a lot of constraints on all parts of the organisation and the IT community.

“They have to react very quickly to the new reality. The big challenge for Volvo is to continue to drive growth in Asia and as a consequence more common global solutions are needed. Increased efficiency from both a business process and IT perspective in terms of portfolio costs is also a priority. At Volvo, we have spent far too much on the client environment in relation to our core applications and infrastructure cost. This is an area where the spending needs to be brought down without the services we provide being compromised."

In response to the recession, he says that unified communications, the integration of real-time communication services, have played a large role in bringing down the amount of travel by 60 per cent.

“Support in driving virtual meetings is now crucial. High definition video conferencing technology is being used throughout the organisation, which is an extremely good alternative to costly travel. By implementing unified communications it will help us to limit unnecessary travel and maintain cost structures in the upturn.”

The marcus evans European CIO Summit 2011 will take place in Cannes on 11-13 April.