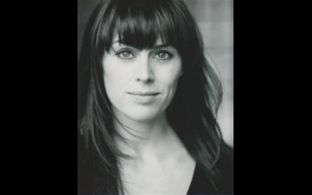 Jill Halfpenny: Best Performance in a Supporting Role in a Musical

The Artist Partnership actress Jill Halfpenny has cause to celebrate this week after she picked up an award at the prestigious Olivier Awards 2011 on Sunday night (13 March).

Jill received the Best Performance in a Supporting Role in a Musical award for her portrayal of Paulette in ‘Legally Blonde: The Musical’.
Collecting three awards altogether, the show was also named Best New Musical and the Best Actress in a Musical accolade went to Jill’s fellow cast member Sheridan Smith.

Jill is a well-known theatre actress and has appeared in classics such as ‘Uncle Vanya’ and ‘Chicago’.

She has also appeared in 'Waterloo Road', 'Shameless' and 'Eastenders'.

More recently she played a star role in the smash hit production ‘Calendar Girls’.
This year’s Olivier Awards took place at London's Theatre Royal. The much anticipated annual event is often referred to as British theatre’s version of the Oscars.

The Artist Partnership is a marcus evans entertainment company