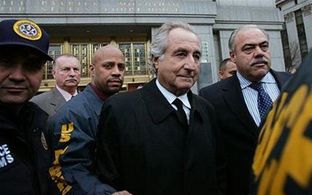 Wealth of legislation dealing with growing issue of fraud

A spectacular case of white collar fraud was revealed when Bernie Madoff’s hedge fund business was exposed as history’s largest ever Ponzi scheme, leaving thousands of investors defrauded to the tune of billions.

This is just one high profile case of fraud with many more littering the business landscape and causing untold damage.

“This is an ever increasing problem,” according to Simon Scales, Director, Global Investigations, TNT Express, UK.

“Madoff’s Ponzi scheme was very clever but he got caught out. However, there are many who haven’t been brought to book because it is not in the public interest. There has been a wide variety of hallmark corruption cases. Whether small, medium or large multi-nationals, the propensity for people to commit fraud either internally or externally is something we see on an hourly, weekly, monthly, yearly basis. The wealth of legislation that’s being created to deal with fraud, bribery and corruption is a response to the ever increasing problems we see,” he said.

With the economic crisis bearing down on businesses and individuals, this has compounded the problem as all the constituent elements for opportunity, rationalisation and motivation exists now where perhaps they wouldn’t have in an economy offering gainful employment, Scales explains.

“The loss of jobs in the downturn puts pressure on additional revenue streams ie fraud and kickbacks to be committed and line people’s pockets in a less than salubrious manner.”

Although it is being seen across the board, technology is making fraud easier, according to Scales.

“Things like cash handling and processes of controls remove the physical partnership of cash between people and business. Technology is enabling fraud through the unwitting release of details. It’s a combination of clever people, good technology and, at times, people who are not capable of investigating that level of fraud because business priorities are not there.”

There is no industry that is immune to fraud activity, he says. “There is not a sector that isn’t touched by this. From retail to sports and financial to government institutions are all implicated.

“There is a desire and willingness to ensure there is enough being done to prevent this but how that’s actually implemented is down to the appetite of the individuals. I think the Fraud Act and the Bribery Act in the UK are excellent pieces of legislation on top of the Foreign Corrupt Practices Act (FCPA) measures that are available to us. However, I also see a lot of inactivity on the part of businesses in tacking this.”

Where the avenue of opportunity exists, people will exploit it. People can decide what is right or wrong but unfortunately too many people are going the wrong way, he adds.