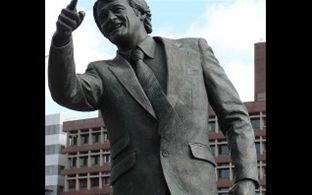 At the event Andy Nelson, Doug Moran and John Compton from the 1961/62 League Championship winning side, as well as Russell Osman and Paul Mariner from the historic UEFA Cup winning side of 1981 were inducted into the Hall of Fame.

A posthumous award for Roy Bailey, the outstanding goalkeeper who was also part of the Championship team and special merit awards went to the late Sir Alf Ramsey and the collective team from 1961/62.

Nelson, Moran and Compton all played under Sir Alf at ITFC while Osman and Mariner were from the golden season of 1981 when Sir Bobby Robson was manager.