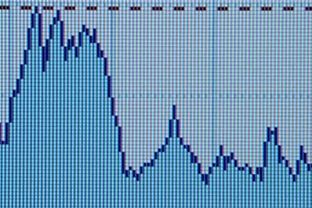 Lessons are there to be learned following the 2008 economic crisis, the effects of which are still with us in the West in and Japan.

Sluggish growth, high unemployment and the possibility of a return of deflationary pressures, downward pressure on wages and low interest rates will continue for a long time, predicts Paul Krugman.

A keynote speaker at the marcus evans European Pensions & Investments Summit 2011 taking place in Montreux on 16-18 May, Krugman is a Professor of Economics at Princeton, an Op-Ed columnist for The New York Times and author of several books.

He was awarded a Nobel Prize in recognition for his contributions to New Trade Theory and New Economic Geography.

The recent economic crisis has taught some very valuable lessons to investors, he points out.

“It seems investors have to re-learn the dangers of leveraging every few generations. They can get what look like good returns or performance by having a lot of leverage, but that exposes them to risks. We need to be far more cautious of declaring economic success or victory too early, and look at the build-up of financial vulnerabilities.

“The relative optimism of the forecast of the British economy depends entirely on the expectation that households will take on even more debt. The question is will that not lead to another crisis? In my belief, the British government is failing to appreciate the extent to which further household balance sheet problems can lead to even bigger trouble in the next few years,” he says.

Krugman warns that investors need to prepare for a prolonged period of economic weakness.

“I expect sluggish growth, high unemployment, probably a return of deflationary pressures, downward pressure on wages and low interest rates continuing for a long time – what we have now, but for longer than people can imagine.”

Emerging markets, which are much more healthier than elsewhere, are a favourable bet at the moment but that too can change, he adds.

“I am relatively in favour of investing in emerging markets; they are in a much better shape economically than many other markets. The effects of the 2008 crisis are still very much with us in the West and in Japan, but emerging markets have emerged from it. However, one way or another, the prices of what emerging markets produce will rise at some point, either through inflation or an appreciation of their currencies.”

The marcus evans European Pensions & Investments Summit 2011 will take place on 16-18 May in Montreux.