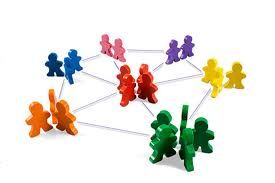 The digital revolution has transformed business

Since undergoing a dramatic transformation to the digital world, Kodak is a company with a traditional past embracing an ever evolving present.

As one of the first companies to establish the practice of company blogs in 2006, Kodak realised the value of this channel to the evolution of the organisation, set up in 1895.

Madlen Nicolaus is Social Media Manager, Europe & Middle East at Kodak. She will be a speaker at the marcus evans Middle East Social Media Marketing Conference that took place in Dubai on May 29-30. Nicolaus explains how the digital revolution has affected Kodak.

“In the last ten years we’ve had a big business transformation changing from an analogue to a digital company. As a result of the digital transformation and the desire to share our latest digital innovations online, we were one of the first companies that started corporate blogs in 2006. Shortly after that global Facebook and Twitter accounts followed. In Europe, in 2009 we started establishing local language social media channels in order to go where our customers are and give them the possibility to reach out, ask questions and offer feedback.”

Nicolaus outlines the important key performance indicators (KPIs) that companies should be looking out for when gauging whether social media is having the desired effect – everything that is done on social media is measured against these indicators, she says.

- Reach is when you look at how far and wide our message has spread.

- Participation refers to how many customers, consumers and influencers interacted with us and the social media initiatives we are doing.

- Impact is how our efforts changed consumer behaviour and opinion. For example has there been an increase in sales, webpage or online shop visits.

- Influence relates to who the influential voices are and how are they responding - were new influencers established or has the volume of key influencer conversation grown?

Nicolaus adds that valuable lessons Kodak has learned in recent years is to explore new avenues and if successful roadtest them in one country with the view to rolling the initiatives out further afield.

“We see it as part of 360 degree marketing to reach our audience.”