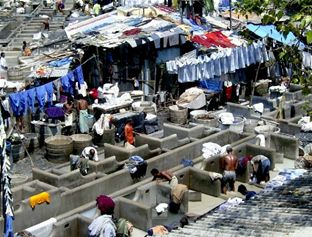 India’s excellent macroeconomic growth over the last five years has been far from inclusive and social inequity remains one of the continent's biggest challenges.

This is particularly apparent in the housing market where an undersupply of lower income accommodation has put a huge strain on society with only the higher end of the market being catered for.

According to Ashish Karamchandani, CEO Monitor Group, India, a set of innovative business models that are commercially attractive has been developed by his company to address this glaring shortfall and get housing projects underway.

Karamchandani is a speaker at the marcus evans 2nd Annual Affordable Housing Projects Conference on 25-27 July in Kuala Lumpur.

“Housing is one of the most extreme markets,” he says. “On one hand it has been doing very well. Housing finance has been growing at 36 per cent year-on-year for the last decade but it really serves the top of the market so even a person who is in the middle income bracket in urban India cannot afford to buy a house. They rent housing but it is very poor quality. In a place like Bombay it is in a slum. In a place like Ambarnath, a smaller city, it’s not quite a slum but it’s low income neighbourhoods with no proper drainage and facilities. A large part of our population does not have access to decent quality housing.”

The low income housing market in India is worth an estimated US$250 billion, according to Karamchandani.

“The higher end of the market would see housing priced at around US$100,000 and more but the new buzzword in India is now affordable housing – housing in the US$20,000-$50,000 bracket. For this kind of market segment you have to be practical. Land in the heart of the city is too expensive so people have to move out.

“People are willing to live in smaller houses if they can get space for their kids to play and a place of their own that is decent quality. But they have to have something that is connected to transport systems because they can’t afford their own car. It has got to be well located with schools there they can attend and it has got to have basic infrastructure. This has been tested with many customers are people are willing to buy this kind of housing,” he explains.

The urgency of lower income housing in India is clear to see with a recent waiting list topping 9,000 for just 450 units, Karamchandani points out.

“There is huge demand. In places like Bombay people are usually trying to move from slum areas. In other cities it is not quite slum but low income neighbourhoods. Many of our customers are living in shabby rented rooms and want their own place.”

The paternalistic characteristics of the housing set-up in India are no longer the driving force as the continent modernises, he adds.

“At one stage a lot of the housing was provided by the government or by the private sector with housing for staff being provided. With India modernising the paternalistic attitude is no longer there from employers. As a result there is no one really looking after the middle and lower middle income sector. These are the people who send their children to private schools, they buy healthcare from the private sector and they can afford a small house but the problem is that nobody builds it and nobody finances it. Urbanisation is taking place but there is no supply of housing.”