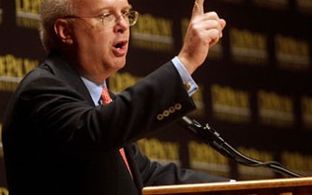 US changes tack towards path to austerity

It is a time of renewed weakness in the US recovery as the threat of a double dip recession looms following the deficit/debt crisis.

As much needed revenue is sought one area of scrutiny could be the issue of American companies shifting profits abroad to avail of lower corporate tax rates.

It has been argued that a barrier to economic growth in the US is its federal corporate tax rate at 35 per cent – the fourth highest in the world after Brazil, Uzbekistan, Chad and Argentina – with companies keeping a good chunk foreign earnings away from the US as a result.

Lowering their tax bill is a central concern for businesses today and the US Government must give this area serious consideration if it wants to have this much needed tax revenue in its coffers.

He was a speaker at the marcus evans Tax Officers Summit that took place in Hollywood, Florida in May.

“The simple answer is they can’t so something has got to give – either the competitiveness of American companies or our tax structure. We not only have the highest corporate tax rate of any major industrialised country but we also have a unique treatment of foreign earnings of American multinationals here.

“If you’re an American headquartered company and you make money abroad and you pay taxes in the country that you made the money in - if you bring that money back to the United States it gets taxed a second time. So we need to do something that will allow people to repatriate their earnings in foreign countries that are already taxed in those countries to the United States so they can invest that money in the States if they see fit. Otherwise we are simply stranding these funds around the globe and they are more likely to be invested in foreign countries as a result,” he points out.

Briefly speculating on the 2012 Presidential Race, which will take a grip of the world in less than a year’s time, Rove adds that President Obama’s case for re-election will have been significantly weakened following the recent debt debacle.

“It’s going to be hard for him. Recent polls show he has abysmal numbers on handling the economy, and handling the deficit and spending.”

The marcus evans Tax Officers Summit took place in Hollywood, Florida in May 2011.