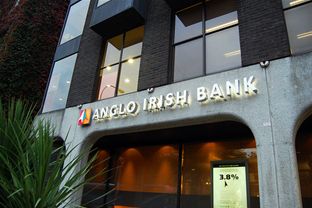 Perceived undercapitalisation of banks has negative impact on economic activity

Hot on the heels of the global financial crisis, public finance is under unprecedented strain in most EU countries. Collapsing economic activity has sharply reduced tax revenues.

Rising unemployment has led to increasingly large state benefit payments, with automatic stabilisers expected to continue to operate throughout 2010 and 2011 to stem further job losses.

Silvia Sgherri, senior economist with the International Monetary Fund (IMF), was a speaker at the marcus evans Sovereign Risk Fund Conference that took place this month in London. She explains why restoring trust in the financial sector is central to assisting economic recovery.

“Restoring trust in the financial system is key - not only to shape the recovery, but also to increase the effectiveness of monetary policy and fiscal stimulus measures while reducing future governments’ financing costs. Restoring the financial health of banks is the first-best way to resume lending to corporates and households to normal levels.”

Sgherri explains that policy actions taken so far have been stabilising the banking system but have not yet offered a decisive breakthrough in resolving underlying weaknesses.

“Tight lending standards persist, increasing existing pressure on corporates and households. Guarantees extended on bank liabilities have pre-empted runs and resolution of individual troubled institutions have curbed, but not fully eliminated systemic risks. The perceived undercapitalization of banks has a negative impact on confidence, constraining credit flows and economic activity.”

Anglo Irish Bank in Ireland is one example of a financial institution that has received large government bailouts. Sgherri says that a credible implementation of the Anglo Irish restructuring is a must in the long-term to restore market confidence and avoid overburdening public finances.

“At the same time, bank restructuring efforts will have to be complemented by measures to ensure that credit remains available for viable borrowers. Although restoring the financial health of banks is the first-best way to alleviate the risk of credit squeeze, additional efforts to support credit supply are warranted in the short run. Measures should be geared at ensuring a smooth and orderly deleveraging of household balance sheets, rather than preventing the necessary adjustment to lower levels of debt.”