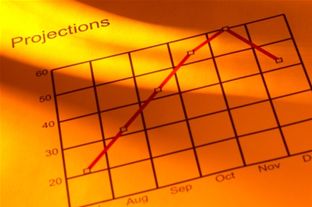 Optimising business processes to drive performance is the overarching objective of companies in today’s global arena. Accurately forecasting demand to achieve and maintain peak efficiency in a volatile economy is a crucial challenge to be met.

According to Christine Hawkins, Head of Business Improvement and Customer Experience, Hewlett Packard, companies in Asia have particularly responded to the need for a more robust forecasting process, following the economic crisis.

Hawkins is a speaker at the marcus evans Process and Productivity Excellence Conference being held on 24-25 January in Singapore.

“Companies in Asia have realised that they were riding on the back of growth. They hadn’t dug beneath the surface and looked at their processes to see would they be able to withstand a downturn. For example, demand outstrips supply in Asia. So when demand stopped outstripping supply, we realised we didn’t have a very good forecasting process.”

As a multinational company HP Asia Pacific was not hit nearly as bad as the other regions during the recession, she adds.

“In Asia there was fear and slowdown sentiment but there wasn’t a disintegration of major companies like what happened in America and Europe with lots of people out of work. There wasn’t that type of problem in Asia, however, we did see growth slow. It didn’t stop and go backwards like it did elsewhere. A few countries were hit harder than others like Australia and New Zealand.”

When the initial crunch came companies began to slim down and got rid of many staff to reduce its payroll overheads with the consequences of that now being experienced, she explains.

“Because Asia recovered a lot faster than America and Europe what we have seen now is a big increase in companies looking for people with efficiency and productivity expertise. During the crisis and the downturn, areas in companies where there was a lot of fat in the system were identified so now they are looking to bring in productivity people to try and slim down those fat areas.”

“There is a lot of competition in Asia at the moment for good staff. Growth brings other challenges to our region, such as which countries to expand into and developing good processes that won’t be outgrown. For example, when a downturn comes and processes are examined their weaknesses are exposed as the company has grown too fast in some countries because Asia is growing so fast as a market.”