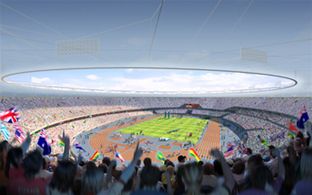 The London 2012 Olympics will see business in the city at its peak offering criminals an attractive and once-off opportunity for fraudulent activity.

Authorities will be on high alert for frauds and scams that might take place during the event with police initiatives already being planned 16 months ahead of the spectacle.

Barnard was a speaker at the marcus evans 2nd Annual Mitigating Card Fraud in Retail Banking that took place on 7-8 April in London.

“With the volume of people coming to London next summer for the Olympics the city will be an attraction for criminals. Cash machines will be on constant standby and use. It will provide an ideal opportunity for criminals in and around Olympic Park."

Barnard adds that the London police are working with key international partners through Europol to identify possible offenders and organised crime.

“We are looking to work with international police partners to target the organised criminals at source in the countries we believe the perpetrators are from. We’re carrying out some awareness days at Liverpool Station over the coming months and giving briefings to a considerable number of police officers in relation to what ATM fraud looks like,” he explains.

The plastic card industry has become so attractive to organised criminals particularly as the technology revolution has kicked in.

“Nowadays you don’t necessarily have to be present to make transactions. It’s always been seen as a low risk enterprise. Sentencing was never particularly strong for fraud. That’s why criminals are involved in this area. Over the last few years the Lead Force for Fraud for the City of London Police, Dedicated Cheque and Plastic Crime Unit and the work that the industry has done in collaboration is starting to have a major effect. In the UK a very inhospitable environment for fraud now exists,” he notes.

The good news is that card fraud has been on a significant downward spiral for the past three or four years as a result of industry-led collaboration with law enforcement, says Barnard.

“Cyber crime continues to be of concern to most banks. Card not present fraud was down last year by 15 per cent. It currently stands at about £227 million per year but this is a massive decrease on what it was years ago. Visa and Mastercard have introduced effective measures as well as banks’ fraud profiling all helps to reduce fraud in this area,” he adds.