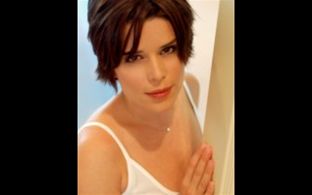 The Artist Partnership actress Neve Campbell reprises her role as Sidney Prescott in the much anticipated ‘Scream 4’, which opened at the US box office on April 15.
Neve will star alongside her original Scream cast mates Courtney Cox and David Arquette in the fourth instalment of the Scream series. New additions to the cast include Alison Brie, Emma Roberts and Hayden Panettiere.

Neve is represented by Ken McReddie Associates.
Directed and produced by Wes Craven, it has been 11 years since the last film in what was intended to be a trilogy.
The original film debuted in December of 1996 with the sequel released almost exactly a year later. The third film in the series came out in 2000.
Neve first came to our TV screens in the hit drama series Party of Five. She has also starred in ‘Scream 1’, ‘Scream 2’ and ‘Scream 3’, which were all box office hits.