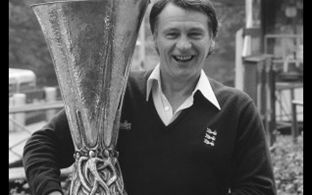 The historic UEFA Cup win of 1981 will be celebrated when a new exhibition celebrating Ipswich Town in Europe opens in Ipswich Town Hall Galleries on 21 May.

The exhibition will celebrate the 30th anniversary of the club’s victory over AZ 67 Alkmaar in the UEFA Cup.

The exhibition covers the club’s first foray into European Football in September 1962. It also covers the period in the 1970s and early 80s when Ipswich Town played in Europe for nine out of ten seasons with Town lifting the UEFA Cup trophy in Holland on 20 May, 1981.

Ipswich Town’s Chief Executive Simon Clegg said: “The anniversary of the club winning the UEFA Cup 30 years ago has given us the perfect excuse to put on public display some of the wonderful memorabilia and artefacts that the club has amassed over many years of European competition.”