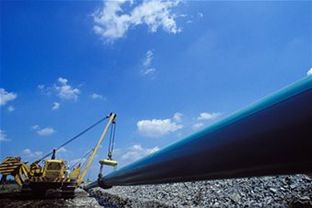 Shale gas production in Europe could rival that of US

Shale gas, natural gas pried from shale formations, has become an increasingly important source of energy in the United States over the past decade with interest now sweeping towards Europe.

Despite Europe’s shale market still in its infancy, in about 2-3 years production of shale gas in Europe could rival that of the US. That’s according to Andrzej Sikora, CEO and President of the board, Instytut Studiow Energetycznych.

He says that shale gas production is rapidly growing and could have a domino effect on the global energy market.

Sikora is a speaker at the marcus evans 3rd Edition Global Shale Gas Plays Forum being held on 7 - 9 September in Krakow, Poland.

Sikora believes the prospects exploration and production of shale gas look promising and could present an opportunity for an alternative energy source.

“From a geology point of view there is shale in Europe. According to the information we have the challenges and possibilities are similar to that of the US. The problem is that we do not have the infrastructure or technology like in the US. It means we can compare the situation with the Norwegian experience of success in the early 1970s. It was exactly the same situation – no technology, no knowledge, no possibilites. Today we have a kingdom of hydrocarbon in Norway and it is possible that the same situation will unfold because of shale gas in places like Poland and Bulgaria.”

Following preliminary results Sikora says the next step will be to confirm that expectations are realistic.

"Production will be possible from an economic point of view and we need to wait a minimum of 10 - 12 months to understand the preliminary results. The next few months will be a period of uncertainity as we wait for results. But at the end of the day we need to prepare the law and prepare society for  success in shale gas exploration.”

Success in North America in the Marcellus play, which is the largest in US, has encouraged exploration in Europe.

"Today in the US there is huge production taking place at a minimum of 40-50 billion cubic metres yearly. They are now exporters of natural gas and not importers. The price is lower than expected and this has been the situation for the last two to three years. It is a stable situation and there is no longer indexation between crude oil and natural gas. I think there will be a similar situation in Europe in the next three to four years,” Sikora explains.