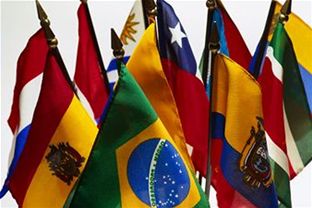 Now regarded as a priority market, Latin America is being hailed as the region that can help lift the world economic tide.

With growth pegged at about four per cent a year and increasing focus on infrastructure development, the region is becoming an attractive hotbed of activity for developers.

However, the opportunities that exist there are not without some challenges, he adds. “International investors are facing difficulties with the institutional and regulatory frameworks in this region, and restricted access to long-term financing after the 2008 global financial crisis.

“Chile has one of the best institutional and regulatory frameworks for infrastructure in the region. Regarding financing, although the markets in this region are improving, there is a perception that investing in infrastructure assets is risky.

“The best way to overcome these challenges is to invest as much time and resources as possible in structuring projects. Developers should identify one or two sectors and countries to focus on, and postpone considerations of projects where the granting authority that they will work with lacks the capacity and the resources to support such investments,” he says.

Juan says that Latin America is looking positively profitable and advises developers to break the risk aversion curve and take some risks.

“Latin American needs to improve its competitive edge, so we will see governments devoting more resources to infrastructure development. If I were an international investor I would be looking very closely at this continent.”