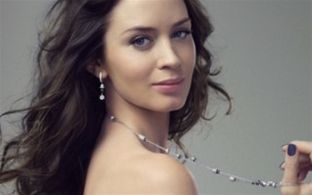 Directed by Lasse Hallestrom, the story follows Dr Alfred Jones (Ewan McGregor), a fisheries scientist who finds himself reluctantly involved in a project that will change his life and the course of British political history forever. Emily plays Harriet Chetwode-Talbot

Joely Richardson will be starring alongside her mother, Vanessa Redgrave, as the younger ‘Elizabeth 1st’ in Roland Emmerich’s ‘Anonymous’ also premiering at the illustrious event. Set in Elizabethan England, ‘Anonymous’ examines the controversial theory that all of Shakespeare’s plays were in fact scribed by the Earl of Oxford (Rhys Ifans), lover of the queen, who was banished by her advisor William Cecil (David Thewlis), and allowed William Shakespeare to take credit for them. It also delves further into a much larger political drama involving political intrigue and how the plays were used to criticise the monarchy while protecting the identities of the true authors.

The Toronto International Film Festival will run from September 8-18.