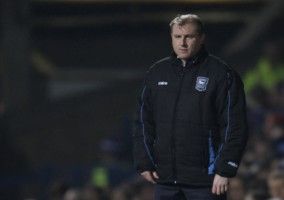 Jewell is pushing for promotion

It promises to be another fiercely contested season in the Championship and it’s fair to say that more than half the clubs will feel they are in with a shout of making the Playoffs. That’s according to Ipswich Town manager Paul Jewell.

However, Jewell is confident that Ipswich Town will be among them following the singing of seven new players over the summer.

“The club is constantly on the lookout for players that we believe can bring something extra to the squad and I think the owner has to take credit for the players we have brought in over the last few months.”

A number of injuries over the last couple of weeks emphasises the lack of numbers at the back, he said.

“Ideally I want four central defenders and we have been trying to address that situation since the end of last season. There is a lack of quality central defenders out there and when you get a whisper that one might be available you get a host of clubs chasing the player. Premier clubs are reluctant to let any of their players go until they have their squad in place for the end of August and the transfer window so that also makes it difficult,” he explains.