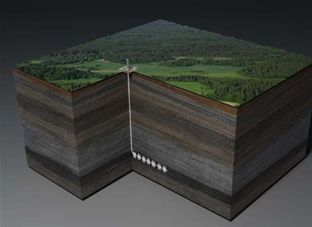 Discoveries of shale gas could redefine the energy market of the future.  With most experts predicting at least 100 years supply in the at current demand rates, it is thought and could also have bountiful reserves.

Wolfgang Rauball, CEO at Eurogas, explains that shale gas is presenting a revolution for the global energy sector. Rauball will feature on the expert speaker panel at the marcus evans Global Shale Gas Forum taking place in in September.

Shale gas has been such a phenomenon for a few reasons, according to Rauball. “The abundance of resource means that electric utilities can now safely invest in gas fired power plants that have 40-year economic lives without worrying about tight supplies and crazy price run-ups. Also because it is clean burning - these gas power plants reduce CO2 emissions by 65% when compared to coal-fired generators this reduction will generate considerable emissions credits which partially offset the higher costs of NG vs. coal.”

He adds that the shale bodies are so geographically dispersed that the fuel ends up being relatively close to the demand, which in turn reduces the need for long distance pipelines, citing the Marcellus shale in the as a good example of this effect.

Rauball believes that shale gas discoveries could “absolutely” see renewable energy initiatives take a back seat. “The ‘inconvenient truth’ is that there is a limit to how much of the grid can be supplied by intermittent sources like solar and wind.  Because both wind and solar require large amounts of contiguous land, the power source will typically be large distances from the demand for the power – that translates to higher transmission losses.  Best guess is that renewable power will never be able to account for more than 10 to 15% of the grid’s demand – the rest will have to come from the “nasty old” fossil fuel and nuclear fuels.”

With the oil spill so fresh in everyone’s minds, a new focus has come on environmental protection. As a result shale gas is already experiencing environmental pressures, particularly in the north-east of the , Rauball says.

“The issue is the potential of fracture fluids ending up in aquifers that supply drinking water.  Fracture fluids are overwhelmingly water with small concentrations of chemicals added.  Environmentalists always highlight the chemicals and never state the extremely low concentration levels used. The industry will have to become adept at stating the overwhelming advantage of producing the most hydrogen rich fuel in the planet (i.e. NG or CH4) to a world that is becoming more “carbon constrained”.  There are no energy sources that don’t have some unattractive environmental consequences – it is always a balancing act.”

The marcus evans Global Shale Gas Forum will be held in on 6-8 September, 2010.